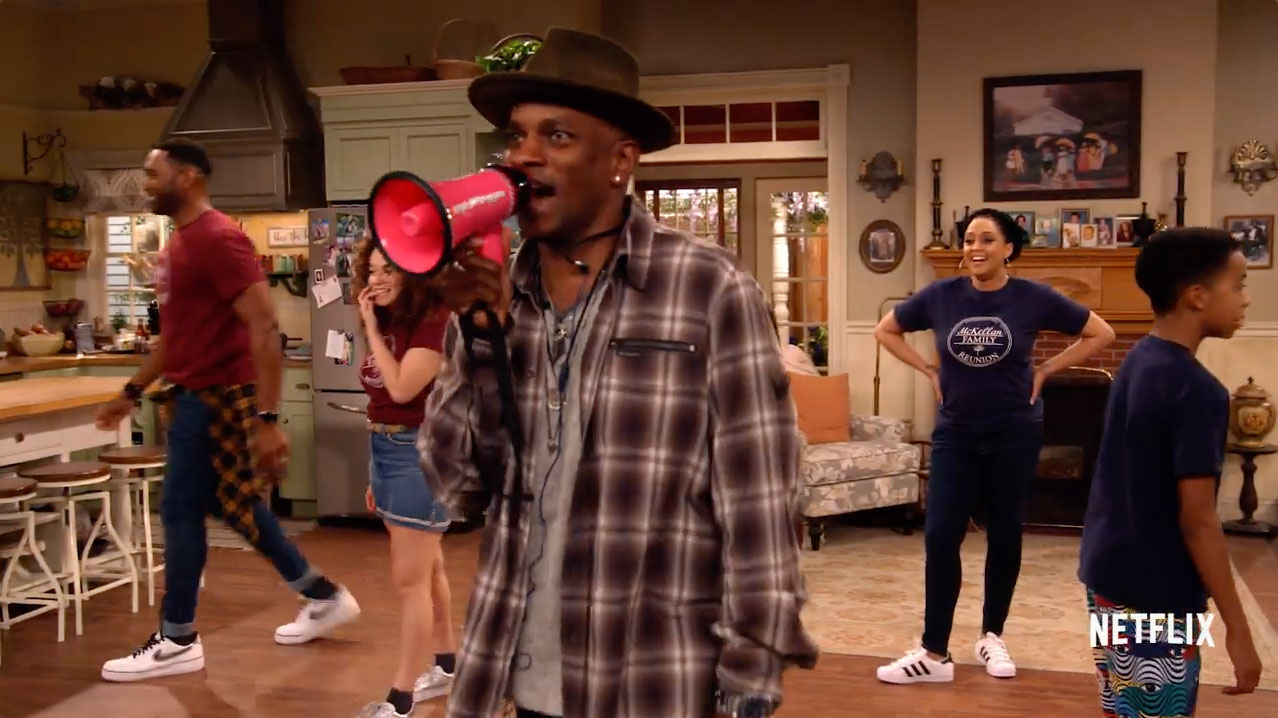 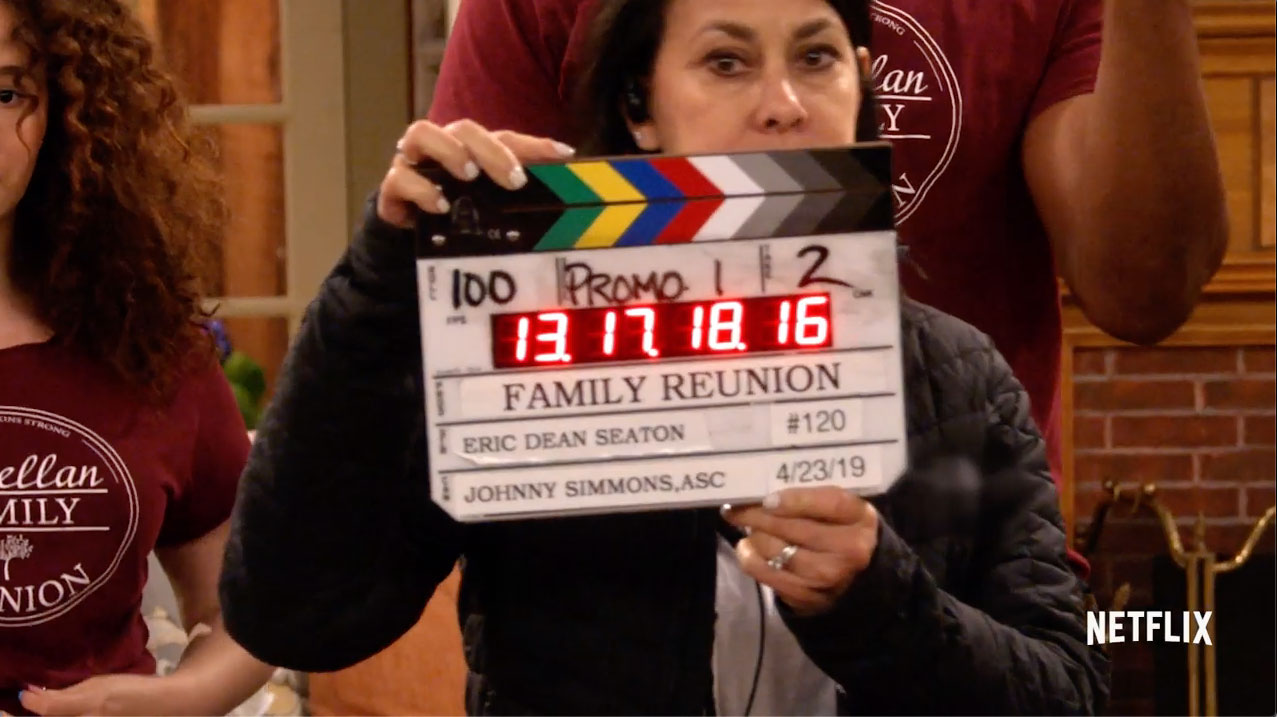 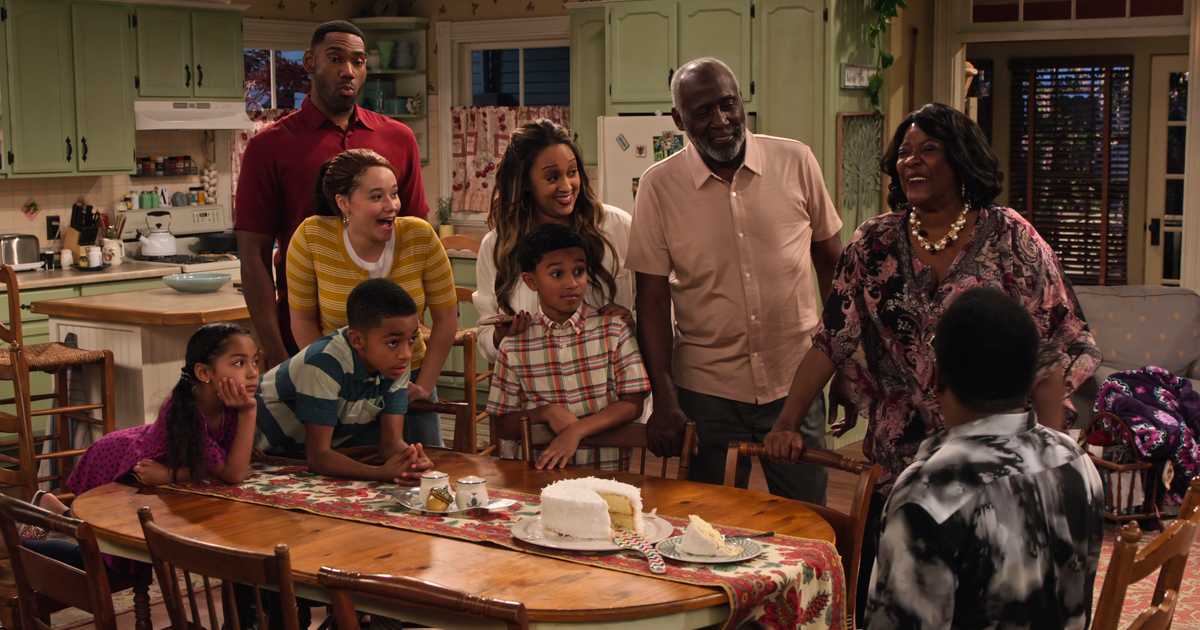 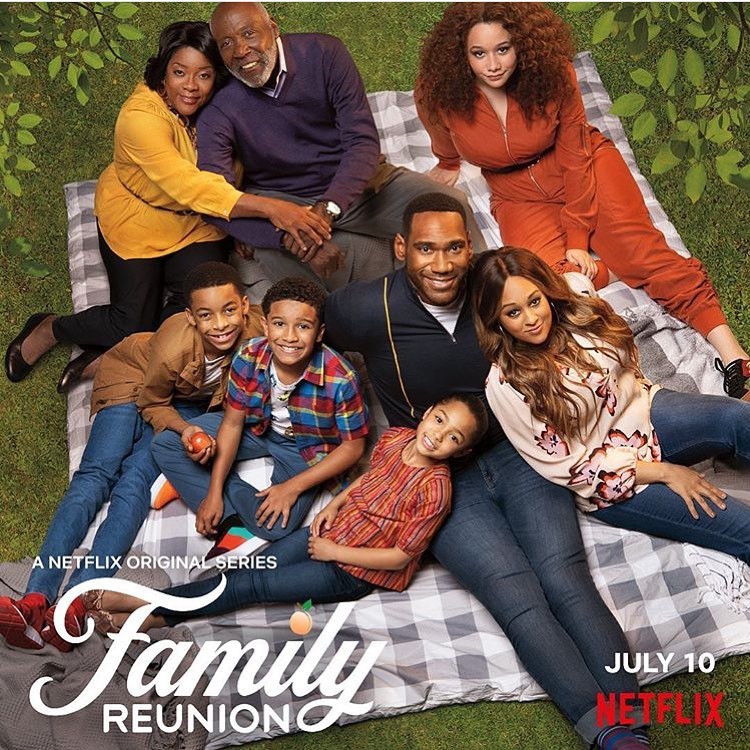 Tia Mowry-Hardrict is back on the small screen!

PEOPLE caught up with the actress about her new role on Netflix’s Family Reunion — a family-focused show that delves into identity topics within black families.

“It’s just really refreshing and really rewarding for me,” she tells PEOPLE about the new show. “When there is family programming, and it brings the family together, it creates memories, it creates bonds, it creates and sparks conversations, especially with this show.”

Spotlighting the show’s all-black writing room, Mowry explains that Family Reunion’s scripts are all based on real-life experiences. The show is also executive produced by Meg DeLoatch from Fuller House and directed by Eric Dean Seaton from Modern Family.

“These aren’t just ideas that are coming from people that think that this is what it’s like, these are ideas and story lines that are being told from people who’ve actually lived out the story line,” she says.

“There’s this raw, rooted, grounded authenticity, that is being portrayed in the pages and the story lines,” she adds. “We had 20 scripts, and I was so excited to read every single one of these scripts, because of the stories that were being told.”

Mowry portrays Cocoa McKellan — a free-spirited, fun mom from Seattle — as she moves into the home of M’Dear (played by Loretta Devine) and copes with living in a traditional, extended family household in Georgia.

“[Cocoa] is now being a part of this very traditional family, where there are those gospel roots, which is how I grew up,” she says. “As I got older, I started to have my own views and my own way of raising my family. And it’s very much like the way Cocoa is. I’m very used to the banter that I’m having with Loretta Devine’s character when we’re talking about parenting styles where she’s very traditional, and, and I’m very non-traditional.”

“The church and the gospel has always been the pillar of the culture. And a lot of the time it’s not told or executed in a family program,” she added. “We have had some of it in movies, but to have it being executed from this perspective, it’s so authentic.”

As mother of Cree Taylor, 8, and Cairo Tiahna, 15 months, Mowry explains that exploring issues within the black community on television is so important.

“The root of it all is love and I think that’s just what’s so beautiful about this family dynamic,” she says about the new show. “And then at the same time, we’re really bringing a lot of authenticities when it comes to being black and growing up black.”

About working with Devine, Mowry has nothing but praise for the Grey’s Anatomy star.

“I am so in love with her,” she says about the 69-year-old. “She just does something to my soul. She is an amazing, beautiful person. And not only that, she is a talent force. I come to work every day with gratitude to just be in her presence because learning from her and just acting with her has made me not only better at my craft, but a better person.”

“We’re on hiatus and I told her, ‘Loretta, even though I’m not going to be seeing you at work every day, I will be bothering you,’” she laughed. “I said, ‘I will be texting you.’ And that’s what I do: I just text her. I check in with her all the time.”

With her own family, Mowry maintains a close relationship with her sister Tamera and kids Aden John, 6, and Ariah Talea, 4. The Sister, Sister sisters are planning to take their families out on a vacation together.

“Our kids are getting older, we’re getting older,” she says. “We value family so much so whenever things kind of slow down, our priorities are just to get everybody together to have a great time.”

Family Reunion is set to premiere on Netflix on July 10.

Two new Netflix sitcoms have a nostalgic streak too

As Netflix prepares to take us back to 1985 with the third season of “Stranger Things,” it’s also looking backward with two new sitcoms, the recently premiered “Mr. Iglesias” and “Family Reunion,” which debuts July 10.

Both series focus on people of color and are filmed, multicamera style, before a live audience, as was the network’s Latinx reboot of “One Day at a Time” (canceled, and just picked up for a fourth season by the CBS-owned Pop). And though the streaming service works in mysterious ways (literally — Netflix does not share data, even with the people who make its shows), the point does seem to be to reach back to a lighter, pre-cynical age of comedy. ”Mr. Iglesias” and “Family Reunion” recreate an old form, much as a modern housing development might suggest the good old days with carved newel posts and covered porches. Each posits a world where old and young have something to teach each other, and each, oddly, makes the same joke about how one’s opponent has to win one before you can call a competition a rivalry.

In “Family Reunion,” an African American family abandons big-city Seattle for down-home Columbus, Ga., and the ample bosom of its kin. Family is the family you make here, even if they’re actually related to you. Created by Meg DeLoatch, who also created “Eve” (starring Eve) and worked on the Netflix sitcom reboot “Fuller House,” the pilot — as of this writing, the only episode available for review — opens on a literal covered porch, that of M’Dear (Loretta Devine, lately of “The Carmichael Show”) and Grandpa McKellan (Richard Roundtree, who was Shaft). Onto this porch steps their grown son, Moz (Anthony Alabi), who’s back from the West Coast, and the modern world, with his own family in tow: wife Cocoa (Tia Mowry) and four kids, of which teenage daughter Jade (Talia Jackson) is the one who is more than cute.

The events of the pilot convince Moz and Cocoa to abandon white-bread city life for country comforts, kin and “our culture.” (“Whoa, look at all the black people,” says one of the kids on a trip to church; he has never seen so many in one place.) It’s a decision the parents announce before talking with their children, but this is the sort of show that will make sure to have them apologize for that. Still, only Jade is less than thrilled with the idea.

Because of that resistance, the focus is very much on her — Jade is never offstage for long — and for much of its pilot “Family Reunion” plays like a kid-centric Disney Channel sitcom or something out of ABC’s old TGIF lineup (once home to Mowry’s “Sister, Sister”). But if it’s Jade’s story, it’s Devine’s show. An airy flute with the authority of a French horn, she floats lightly upon the ground but can also plant herself squarely upon it. She brings life and meaning to lines a lesser actor might throw away. (I am partial to her, I admit; you could call it a crush.)

You can practically hear the machinery being hauled into place at times, and not every plot point is equally likely. But the spirits are high (there is dancing on three occasions), and the cast — also including Telma Hopkins in a guest spot as M’Dear’s sister and Warren Burke as Moz’s brother Daniel, a familiar (but well-played) sort of scamp — is game. Most important, it offers families half an hour of comedy free from embarrassing surprises — there is surprisingly little of that on television — and the sometimes loud conversations concerning new versus old parenting styles and what kids can or can’t get away with accommodate a range of viewers. (It’s a black Red State comedy, in part.) Of course, everyone meets in the middle eventually — not a bad place to leave us in the end.

When: Any time, starting July 10

Rating: TV-PG (may be unsuitable for young children)